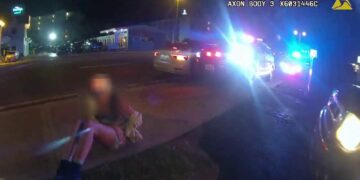 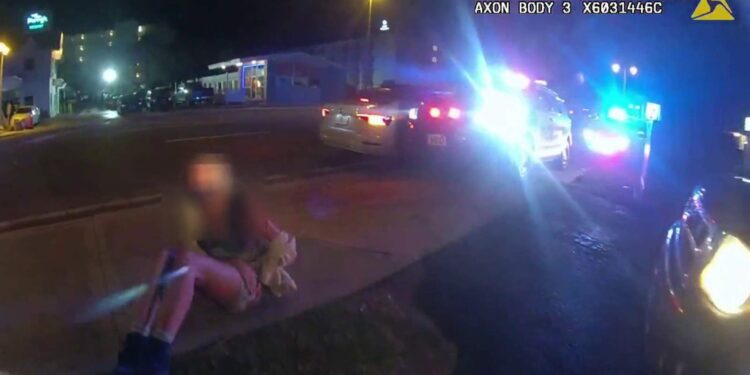 DAYTONA BEACH SHORES, Fla. – A driver who admitted to drinking multiple glasses of wine along with her prescription medication crashed into a parked patrol car as two teenage girls were standing outside of it, according to the Daytona Beach Shores Public Safety Department.

Officers were speaking with two teenage girls involved in a retail theft on Atlantic Avenue around 2:45 a.m. Monday when a white Volkswagen crashed into the parked patrol car, records show.

Body camera video from the incident shows one of the girls who was leaned against the hood of the patrol car fell to the concrete as a result of the crash. Police said the two girls were shaken up but not seriously injured.

As police were speaking with the driver, 26-year-old Brittney Loveless, they said they noticed that her breath smelled like alcohol and she couldn’t stand up straight without supporting herself against a…