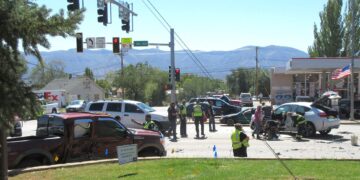 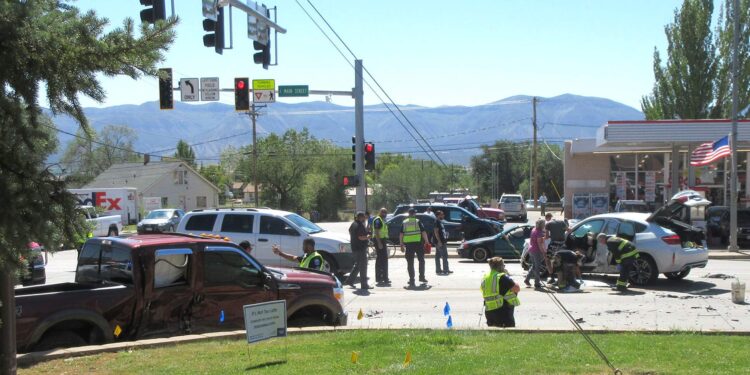 Three people were injured Monday in a violent three-vehicle crash at Main Street and Mildred Road in Cortez.

Drag racing by two of the vehicles is a suspected contributing factor, said Lt. Andy Brock with the Cortez Police Department.

Three people were taken by ambulance to Southwest Memorial Hospital. The extent of their injuries was not immediately available.

The crash involved a Honda sedan, a BMW crossover and a Ford pickup with New Mexico plates.

The Honda and BMW were westbound on East Main Street when the BMW collided with the passenger side of the Ford pickup, which was turning left onto Mildred from eastbound Main Street, said Patrol Sgt. Brent Jarmon with the Cortez Police Department.

First responders attend to a victim injured in a three-car crash Monday on Main Street in Cortez.