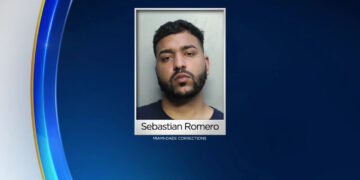 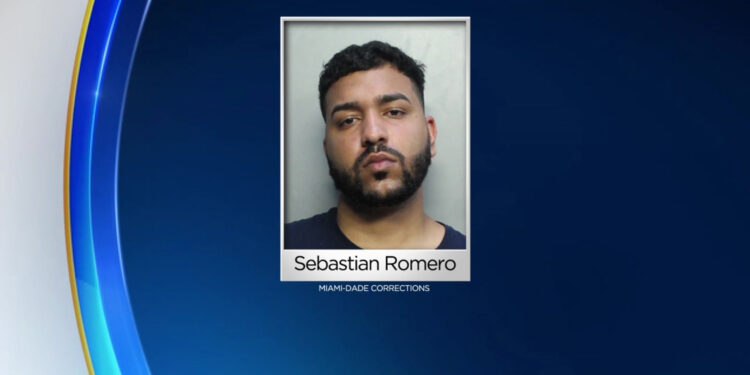 MIAMI (CBSMiami) — Miami police have arrested a man, they say, took part in a violent protest near the police department in May which ended with several officers hurt and patrol cars damaged and set on fire.

In a news conference on Monday afternoon, Miami police chief Jorge Colina announced the arrest of Sebastian Romero who was taken into custody in Hernando County on September 11 and extradited to Miami.

Police say Romero was captured on video that was posted on social media, which shows him using a cooler to shatter the windshields to several police cruisers and damage the hood and trunk of another parked patrol car.

A police car burns during a demonstration next to the city of Miami Police Department, Saturday, May 30, 2020, downtown in Miami. (AP Photo/Wilfredo Lee)

Other suspects joined in and the vehicle was eventually fully engulfed in flames.

“If anyone thought that they…