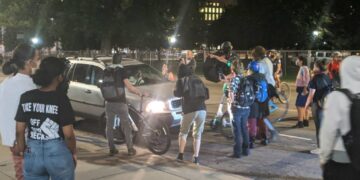 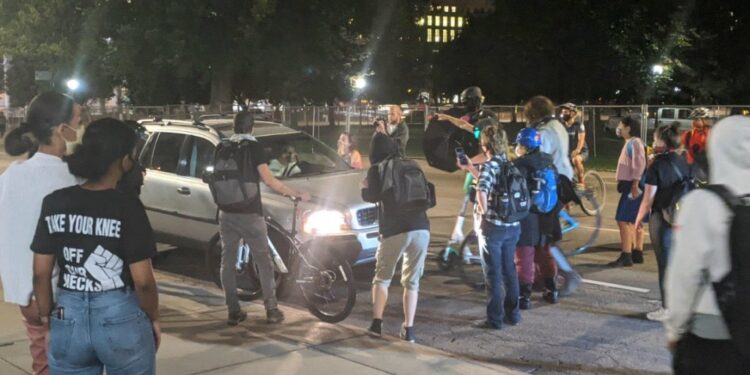 A driver struck at least one person in a crowd of demonstrators in Denver on Wednesday night following a rally and march to protest the decision not to charge any officers with the killing of Breonna Taylor.

A protester who was hit by the driver near Broadway and Colfax Avenue said she was not badly hurt, and Denver police said they had detained a man after the incident, which happened around 9:15 p.m.

The conflict began when the driver pulled into an area where a small group of protesters were rallying in front of the Colorado Capitol building. The demonstrators surrounded the vehicle and the driver stopped. The protesters shouted at the driver to turn around, and he refused.

After a few tense minutes, during which the protesters banged on the vehicle with their fists, the…