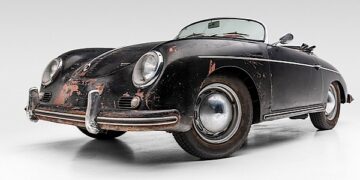 The great thing about classic cars is that, ironically, they never get old. Well, they do, physically, and at times age shows, but that isn’t stopping people from paying entire fortunes for a classic, even in a beat-down state.

Porsches of old are among the most sought after vehicles. We’ve seen that over the past few weeks. Using our Porsche Month coverage as an excuse, autoevolution has brought you a very long list of German machines changing hands for big bucks on sales websites and at auction across the U.S. But we’re not nearly done with that, and the more we look, the more exciting Porsches we dig up.

Like this one here: an unassuming 356A in Speedster guise that at the moment of press has no less than $265,000 pledged to its name on an auction website, with less than 10 hours left in the process.

356s going for six-digit sums are not new in the collector world, but it…