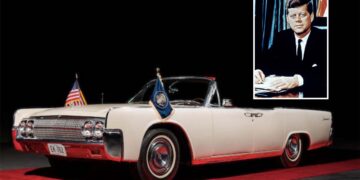 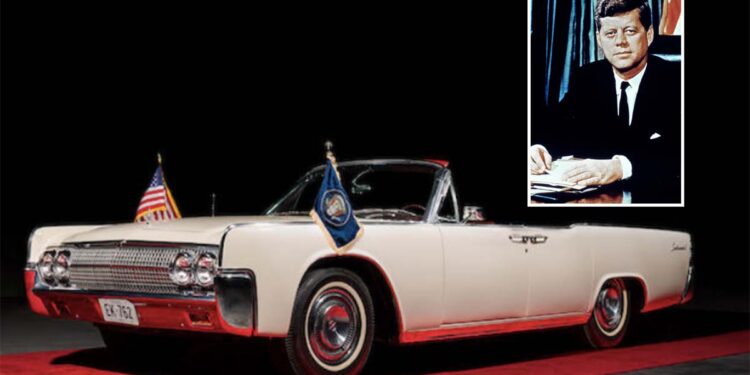 A car that John F Kennedy travelled in on the day of his assassination is up for auction alongside other items which belonged to him.

The items are going under the hammer with Bonhams as part of a presidential collection which is up for sale.

The 1963 Lincoln Continental Convertible limo in which JFK travelled is one of the more expensive items up for sale.

The description for the vehicle reads that it is ‘a white 1963 Lincoln Continental Convertible that drove JFK, Jackie, and Texas Governor John Connally to Carswell Air Force Base in Fort Worth the morning of November 22, 1963’.