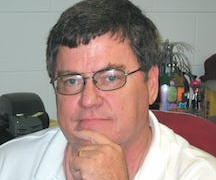 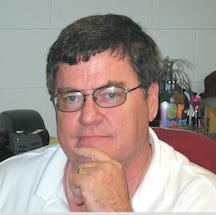 Art Parker spent his Friday evening hustling up and down the sidelines at Montgomery Academy as the Eagles clenched a win against Montgomery Catholic.

It was a common site, Parker on the sidelines, taking stats for The Montgomery Independent. He’s been doing it since 1999 when he was hired on as a sports reporter, publisher Jeff Martin said Monday.

“He’s a newspaper man. He lives for the newspaper, for horse racing and he lives for high school sports, especially football,” Martin said.

Less than an hour after the game ended, he was in the back of an ambulance on his way to a hospital in critical condition. His 1995 Toyota Tacoma had been hit head-on by a 2004 Ford Mustang.

Police responded to the scene at the intersection of Zelda Road and Gatsby Drive about 9:50 p.m. A…