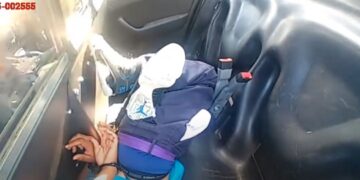 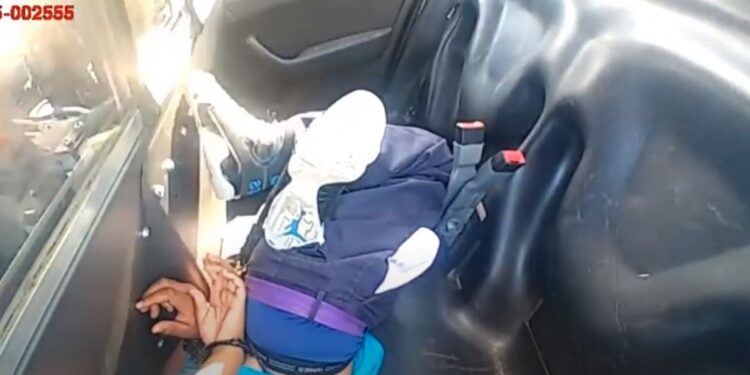 Former Aurora Police Officer Levi Huffine was fired for the August 2019 incident. He is now appealing that decision.

AURORA, Colo. — Video shown during a hearing Tuesday shows a restrained woman repeatedly begging for help while her head is pinned to the floorboard of a now-fired officer’s patrol car during a 21-minute ride.

“Please don’t let me die right here officer, officer please lift me up, this hurts,” the woman is heard saying while she’s in a hobbled position with her hands and legs restrained. She had been arrested for her role in a reported fight.

“I’m about to break my neck,” the woman goes on to say from an inverted position.