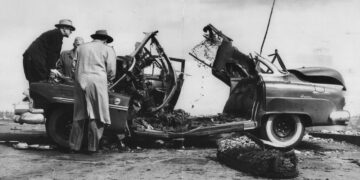 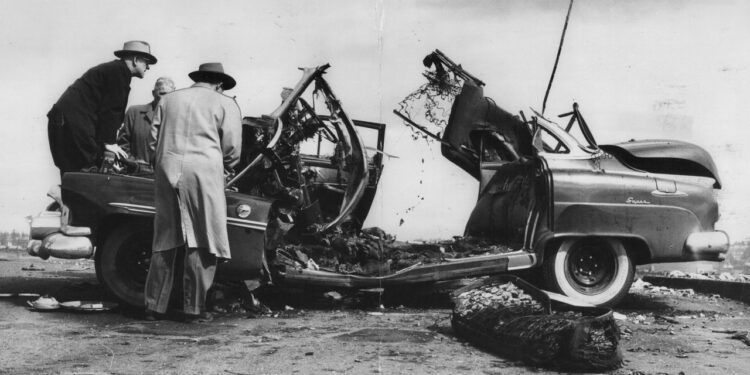 “Wolf,” the injured man whispered from his hospital bed.

The Portland police detectives were confused. Sorry? You’re saying a wolf attacked you?

Not quite. Kermit Smith meant a man named Wolf — Victor Wolf. “He kind of likes my wife,” Smith said.

Earlier that night, someone had jumped from the darkness outside Smith’s home and smashed the attorney in the face with a bottle, breaking his nose. But despite the victim’s suspicions, the police did not arrest Victor Wolf. There was no evidence that the Union Pacific Railroad electrician had ambushed Smith, a 35-year-old World War II veteran. And Smith soon had second thoughts about his accusation.

“Oh, forget about him,” he ultimately told police.

Just over a month later, on April 21, 1955, Smith climbed into his car in the parking lot of the Columbia Edgewater Country Club. He turned the ignition and put his foot down on…

Art of Rally Is a Beautiful, Minimalist Racing Game