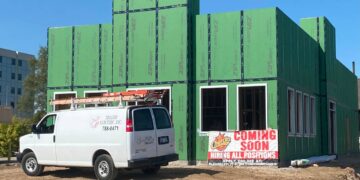 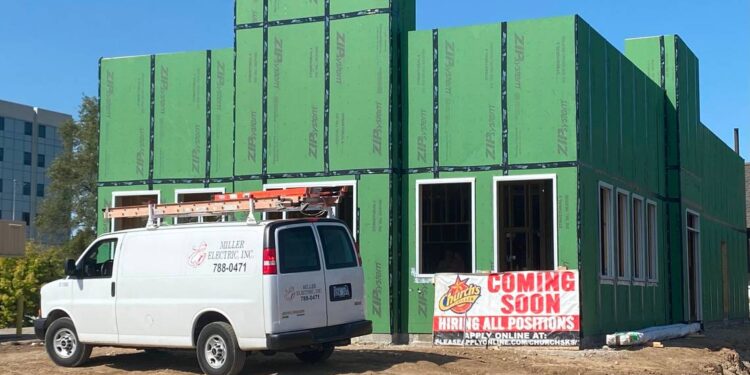 For years, the lot at 3824 E. Harry held a hard-to-miss trolley car-shaped restaurant that most recently was painted bright blue and held a Mexican restaurant called Mariscos Vuelve a La Vida El Perron.

But recently, people have been noticing that the old trolley car is gone and a new building is taking shape on the site. Several people have messaged me lately asking what it’s going to be.

The answer: A Church’s Chicken.

Mike Jizzini, the entrepreneur who is reviving the Church’s chain in Wichita, opened his first restaurant at 13th and Oliver in November 2018 to long lines and big crowds.

He’d planned to have his second Church’s on East Harry open by now, but late last year, he said that complications with getting approval to merge three small lots and create the 30,000 square feet he needed had slowed him down.