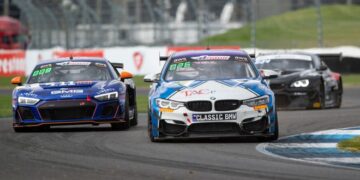 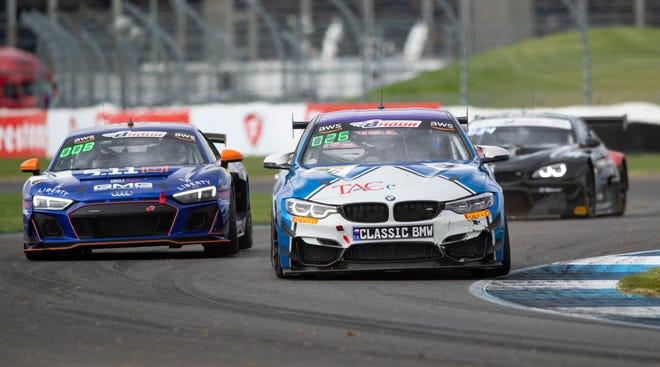 The KPAX Racing driver sitting in the booth slammed his palms on the side of his helmet and doubled over. It was two hours and 20 minutes into a race that would be a marathon.

KPAX held the lead, and comfortably, but while approaching the first turn of the road course, the back tire of the Bentley gave out and the car spun over the divider. It tried to quickly recalibrate and then it stalled. Though the race was still nearly six hours from being complete, the KPAX driver waiting in the pits slammed their glove against a railing.

KPAX was sent near the back of the field. The Walkenhorst Motorsport No. 34 car took its place at the top of the Indianapolis 8 hour at Indianapolis Motor Speedway.

It never lost the spot.

“Today was easier than expected, somehow,” No. 34 car driver Nicky Catsburg said. “Unbelievable job. No mistakes. I only had to bring it back home.”