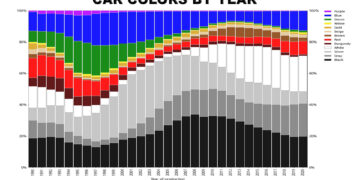 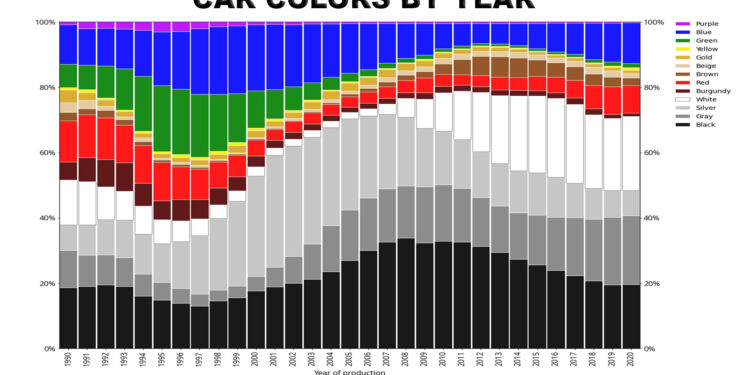 Globally, the situation is even worse. According to PPG, who make automotive paint so I assume know what they’re talking about in their annual automotive color survey, 39 percent of cars worldwide were white in 2018, which makes it almost optimistic that it dropped a percent to have only 38 percent of 2019’s share.

Back in 2018, PPG predicted the rise of green based on the slightly slim hopes of 2 percent of SUVs going Kermit-flavored. But they did have to acknowledge things have been getting steadily more boring since the 90s:

Jane Harrington, PPG’s global manager of automotive OEM coatings, said at the time “While consumers are often choosing conservative colors for automobiles, such as white or black, green has historically been an incredibly popular color choice, particularly in the ‘90s.”