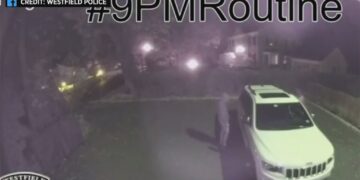 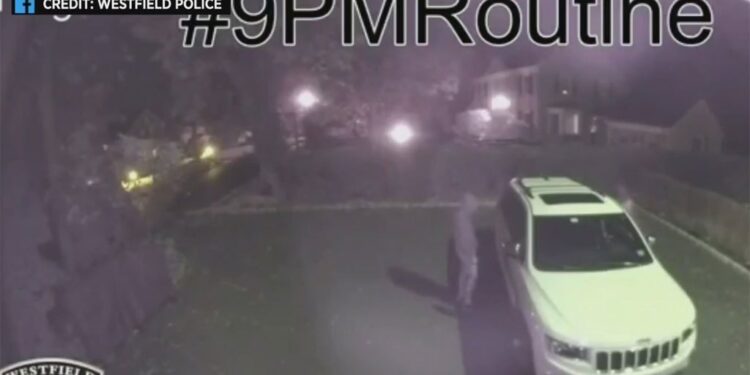 WESTFIELD, N.J. (CBSNewYork) — Car thefts are up nationwide and are skyrocketing in suburban towns outside of Newark.

Data from the National Crime Information Center shows there have been more than 700 car thefts in Union County and 1,800 in Essex County so far this year, CBS2’s Meg Baker reported Wednesday.

On Dudley Avenue in Westfield, you can read the flashing sign telling people to lock their cars, take their keys and hide their things. It sounds simple enough, but people there and in other neighboring towns aren’t doing it. As a result, police say car theft rings are taking advantage of the opportunity.

Surveillance footage from the Westfield Police Department shows suspects trying to steal an SUV this summer. Another brazen attempt shows them doing it during daytime hours.