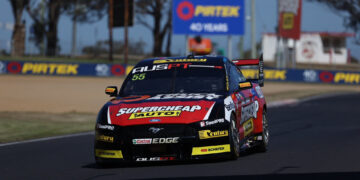 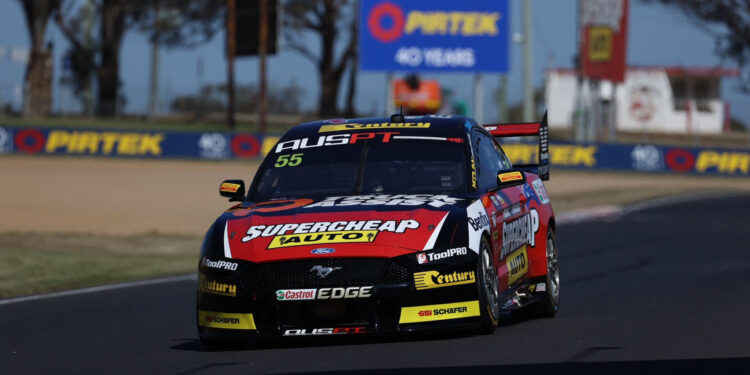 Thursday practice is proving to be a happy time for the Tickford Racing outfit as they’ve topped their second session at Mount Panorama in a row, James Moffat proving to be the fastest this time out aboard the #55 Ford Mustang.

Sharing the car with Tickford new boy Jack Le Brocq, Moffat proved his experience and pace in the co-driver session by narrowly missing out on a 2:05 en route to the top of the timesheets, his 2:06.0584 still good enough to place the Mustang in prime position heading in to practice three.

Carrying on from the theme of practice one for all drivers, the co-driver session saw the quickest times end up with a deficit of around half a second compared to the same session last year, reflecting the year-on-year changes to the cars which have ultimately made them slightly slower.