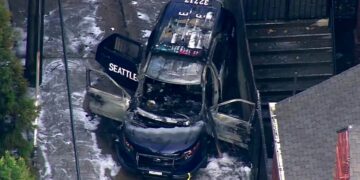 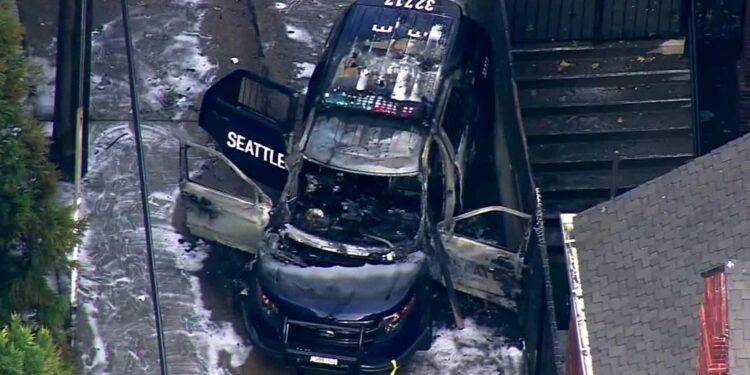 The officer was looking for a suspect reportedly carrying an item on fire in the South Lake Union neighborhood.

Video released Friday afternoon shows a man walking down an alley when Officer Caleb Pomazon yells at him to stop. The man utters a profanity and keeps going. The officer drives toward the man, who turns around when the officer tells him again to stop, video from the dashboard mounted camera shows.

The man sprints toward the SUV with a burning object and body camera video shows flames inside the vehicle. The officer, who has been with the department for one year, fires multiple shots. Bullet holes can be seen in the windshield.

Police said earlier the man ran away but was chased by other officers into a parking garage, tased and taken into custody. He has not been identified and police said he was not hit by gunfire.

“He lunged in, he ran, and the driver’s seat was already in…
Read full Story ➤
Share197Tweet123Share49