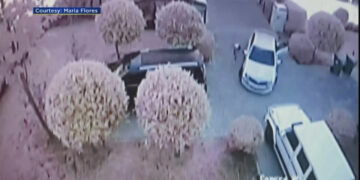 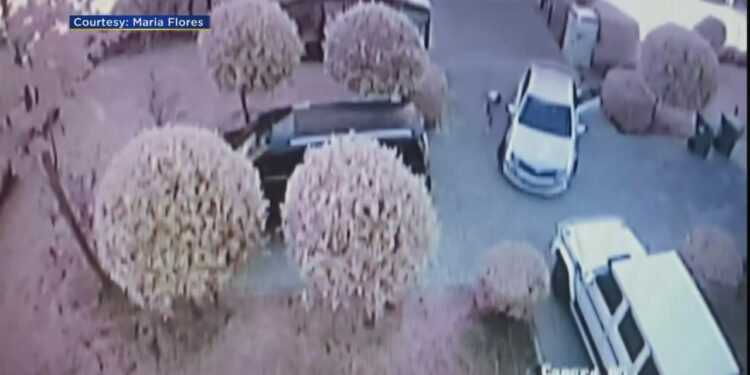 PINECREST (CBSMiami) – New surveillance tape obtained exclusively by CBS4 shows car burglars and thieves preying on homeowners in the Village of Pinecrest. The thought is that the thieves are part of an organized auto theft ring with connections to Broward County.

CBS4’s Peter D’Oench spoke with four of the victims and two of them said their cars were stolen and left abandoned in Fort Lauderdale. They said they were able to track them through GPS technology on their cars.

Maria Flores said surveillance cameras outside her parent’s home show how swiftly the criminals moved last Wednesday at 5:30 p.m. The tape shows them arriving in a white Cadillac. As a driver waits, two of them jump out of the vehicle and run towards two cars and ransack them and steal many items.

It all happens in less than 60 seconds and then they leave.

Flores said, “We saw two guys arrive in the…