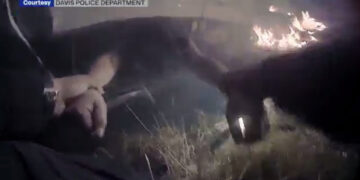 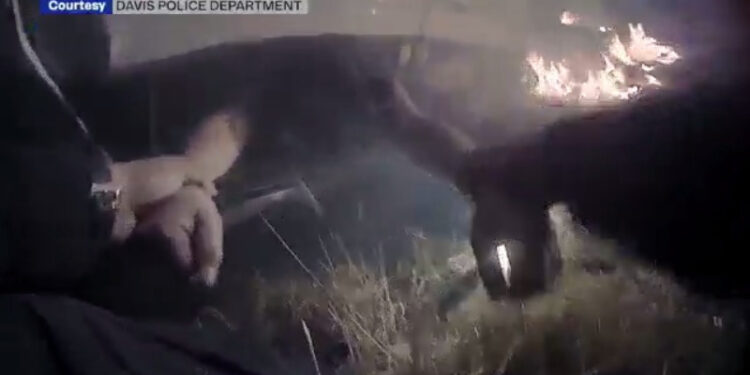 DAVIS, Calif. (KTXL) – A California police officer recalled the tense moments before rescuing a woman from a burning car on Saturday.

“I heard on the scanner through the CHP channel that there was an overturned vehicle, which was on fire,” Ly told KTXL.

Ly said the closest California Highway Patrol officer was at least 30 minutes away at the jail in Fairfield. Ly was just a couple of minutes away, so he rushed to the scene. Ly is shown in the video grabbing the woman by her wrists and pulling her out.