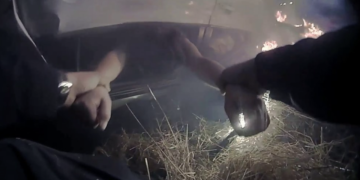 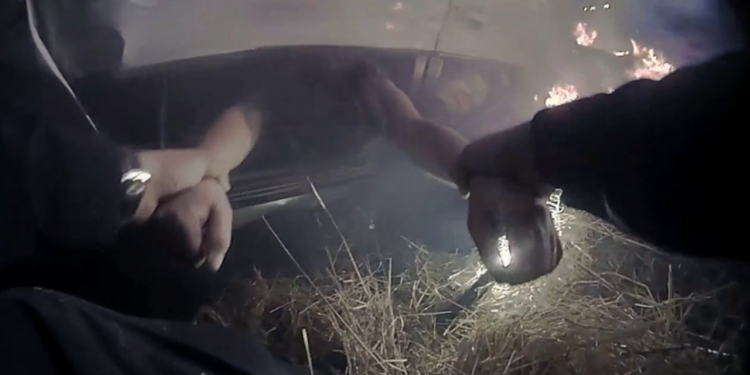 A Davis police officer’s body camera video captured the tense rescue of a woman from a burning car on Saturday.

“I heard on the scanner through the CHP channel that there was an overturned vehicle, which was on fire,” Cpl. Pheng Ly told KTLA sister station KTXL.

Ly said the closest California Highway Patrol officer was at least 30 minutes away at the jail in Fairfield. Ly was just a couple of minutes away, so he rushed to the scene. Ly is shown in the video grabbing the woman by her wrists and pulling her out.

“It also dawned upon me that this lady’s survival was dependent upon my actions and my actions alone. So, she was depending on me to save her,” Ly said. “And I realized that this was a very dire situation and something needed to happen right away.”

The woman, who was not seriously injured, was arrested on suspicion of driving under the…

Am I supposed to believe this trash blew out of a car?

Why you shouldn't daily drive a classic car

Why you shouldn't daily drive a classic car