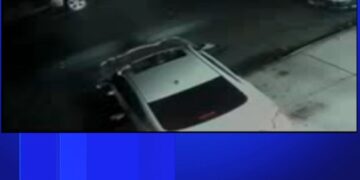 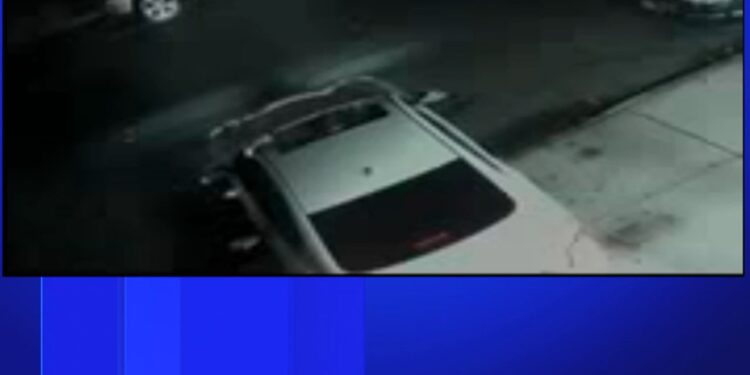 The video shows shots being fired from the driver’s side window, the rear passenger window, and even out of the sunroof.

The white Infiniti then drove down the wrong way on Herkimer Street as the gunmen fled.

Six people were shot, one fatally, in the shooting just after 10:15 p.m. Wednesday.

A 23-year old-man was shot in the chest and killed.

Four other men and a woman were also hit.

The shooting appears to be gang-related. It was unclear who in the crowd, if any, was…