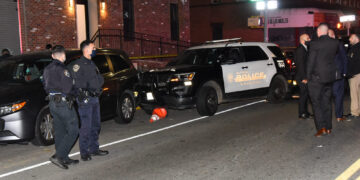 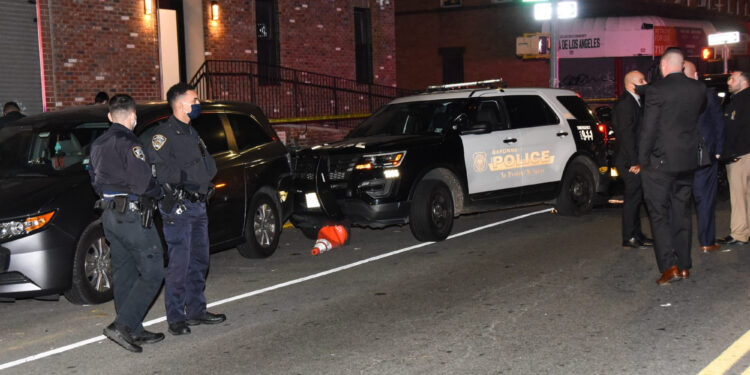 A man swiped a police cruiser in Bayonne, NJ and led cops on a wild chase across two bridges and through New York City early Sunday.

The marked Bayonne Police Department SUV crossed from the Garden State to Staten Island over the Goethals Bridge — and then headed into Brooklyn on the Verrazzano-Narrows Bridge at around 12:45 a.m., the NYPD said.

It eventually crashed in Greenwood Heights at around 1 a.m., shearing the side of one parked minivan before smashing into the back of another.

The cruiser’s rear passenger side tire appeared to have blown off at some point in the chase, leaving the cop-car-thief riding on three wheels and a rim.

Cops took the 32-year-old thief into custody at the scene of the crash.

Almost a dozen NYPD officers were still at the scene by 2 a.m., waiting for a tow truck to make its way there from New Jersey.