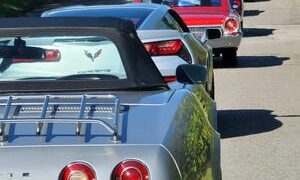 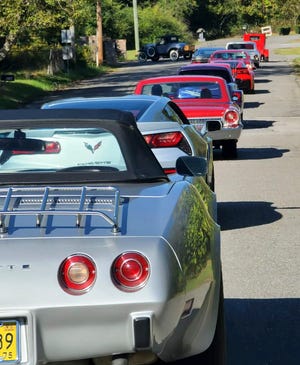 It was a chilly Saturday morning for a car show, but neither the participants nor the spectators minded much.

More than two dozen classic cars cruised by Oak Landing Assisted Living in Attalla recently to put on a display for residents who have had limited activities because of concerns over COVID-19.

“The residents have just been stuck inside for so long that I was trying to think of something,” said Rhonda Hood, who has done work for Oak Landing for the past decade.

Inspired by Facebook posts showing people having small processions through neighborhoods around the country, Hood started talking to Anita Brooks, Penny White and other friends in the Rainbow City Hot Rod Club.

The organizers also reached out to other classic car groups in neighboring counties.

They had to postpone their plans for a week because of heavy rains, but when the drive-thru show finally happened, they had about 24…