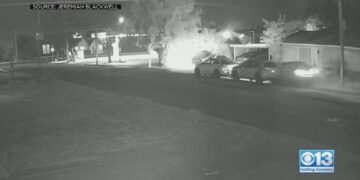 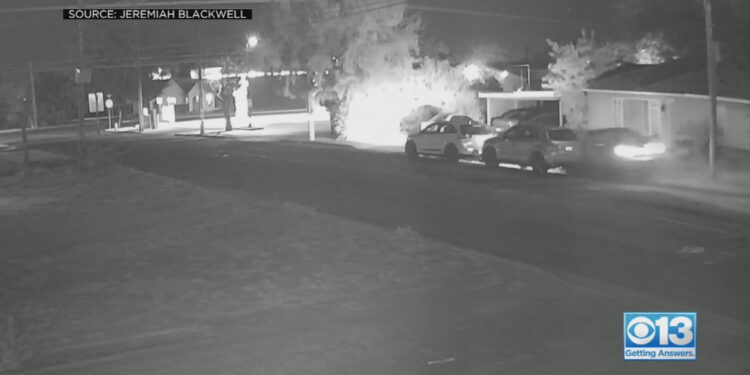 TURLOCK (CBS13) — Surveillance video shows a Turlock driver going off-road onto a city sidewalk, hitting a parked car and crashing into a fence before driving away. Neighbors say it’s only the latest example of reckless driving on Wayside Drive.

“Once I noticed there was damage I immediately noticed the tire marks,” Daniel Arthur said.

Arthur opened his front door to see damage to his own car parked in front of his house and the debris from the crash scattered across his lawn.

“I was in shock because I could assume all the damage that was done to their vehicle and how were they able to drive away,” Arthur said.

On this street where children play ‘red light, green light’ on front lawns, daredevil driving is no surprise to neighbor Jeremiah Blackwell, father of five.

“It could happen in broad daylight,” Blackwell said. “It could’ve been worse. Someone could have…