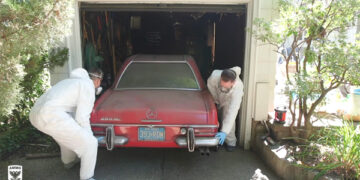 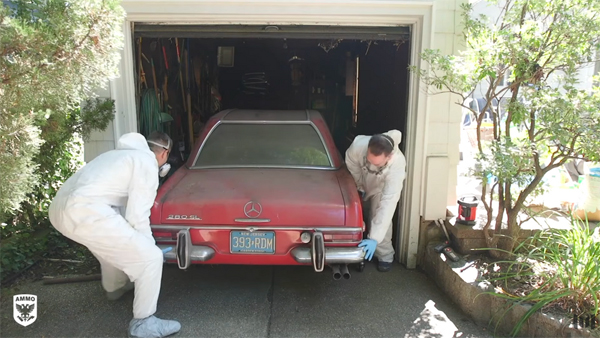 Watch these cars get spiffy after years of hiding!

There’s something so deeply satisfying about watching a car being washed, especially one with tons of grime that’s transformed into a show car in front of our eyes. Now imagine the satisfaction in knowing that the car is coming back to life after a long hibernation. The cars in this story are getting their extreme makeover after sitting dormant for a long time. After sitting neglected in a garage for 37 years, the Ammo NYC detail crew was tasked with cleaning this 1969 Mercedes 280SL in preparation for a restoration. The cool part of this story is that it wasn’t the owner of the car who commissioned the detail crew with rescuing the car; it was the owner’s son. He did it as a surprise to his father who was the car’s second owner after…