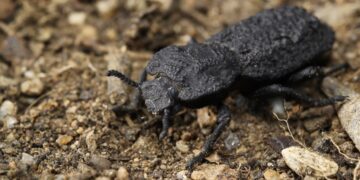 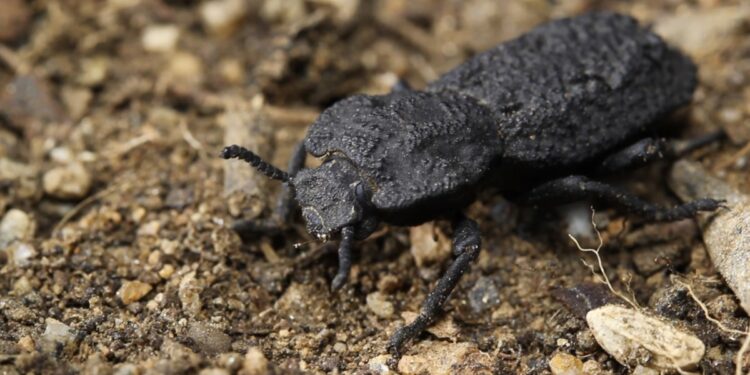 It’s unclear what the unnamed diabolical ironclad beetle thought when it was run over by a Toyota Camry.

Or what went through his little beetle brain when the car passed over him a second time.

Likely, the little beetle didn’t think much of the incident. Not because it’s a beetle and beetles aren’t believed to be deep thinkers. But because its strong exoskeleton kept it comfortably safe from any damage.

The experiment it was involved in was part of a years-long study by UCI professor and principle investigator David Kisailus, who has been seeking to identify what makes the beetle so strong.

“This diabolical ironclad beetle is not able to fly away, so it’s adapted to living on the ground,” Kisailus said. “So since it can’t fly away from predation, it pretty much has to stand there and take it right from any type of predation.”

Kisailus’ lab has found that it…