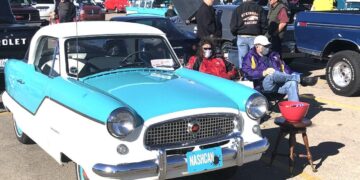 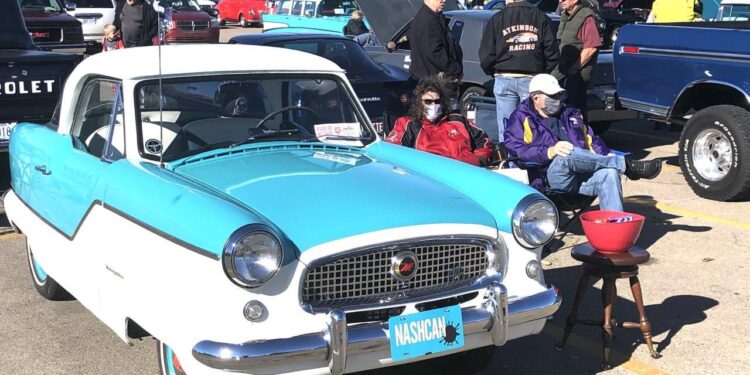 In a year when concerns about COVID-19 have kept a lot of people home, participation was actually above average Saturday for a car show held annually to benefit the Salvation Army.

Organizer Bill Johnson said 111 vehicles were on display at the sixth annual Salvation Army Toys For Christmas Car Show, held by Ol’ Buzzards Car & Truck Club from 10 a.m. to 2 p.m. in the parking lot at the northwest corner of S.W. 17th and Fairlawn Road.

That’s more than the show’s annual average of between 90 and 100 vehicles, Johnson said.

He suggested participation was up this year largely because people were tired of staying at home and wanted to get out.

It also helped that the weather was mild, Johnson said.

The National Weather Service reported Topeka skies were fair throughout the event while temperatures ranged from 56 to 67.

The public, most of whom wore masks, could look at cars…