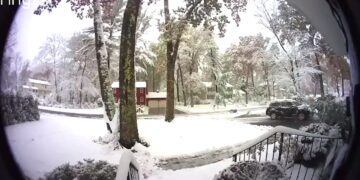 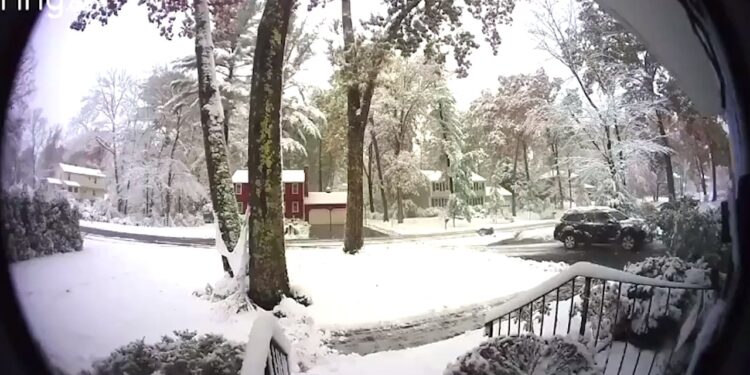 A Massachusetts man was shoveling snow off a driveway during last week’s cold snap in the Northeast when a car slid across the icy road and nearly struck him, sending the man tumbling to the ground, video shows.

Upton police posted the Ring camera footage of the man’s near-death experience on Twitter to warn people about driving too quickly during the winter season.

“Chilling reminder of how quickly one can lose control on slippery roads,” police tweeted. “Posted speed limits are designed for optimal conditions & operators must adjust their speeds (slow down) to accommodate environmental factors such as snow/rain.”

In the video, two people can be seen exiting the car and walking to the man who had already gotten up from his fall.

Officers said no one was injured during the Oct. 30 incident when snow poured down over Massachusetts and south New Hampshire, according to…

‘My car broke down’: Harry Styles knocks on fan’s doors but she wasn’t home