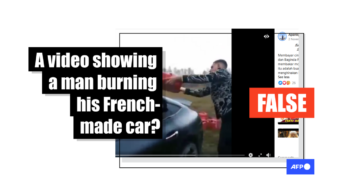 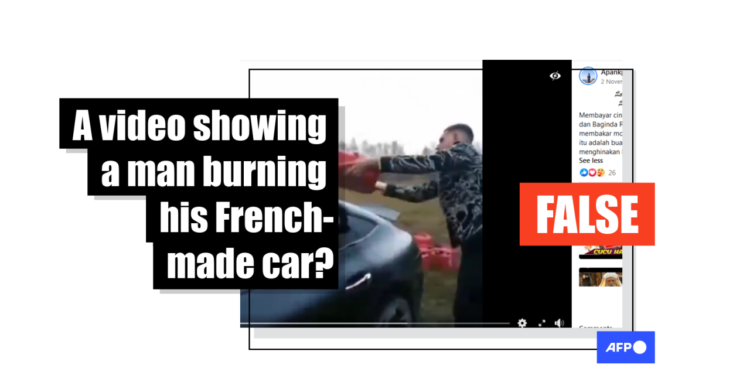 A video has been viewed tens of thousands of times on Facebook and Twitter alongside a claim that it shows a young man setting fire to his French-made luxury car in response to French President Emmanuel Macron’s defense of the Prophet Muhammad’s cartoon. The claim is false; the clip actually shows a Russian social media personality burning his Mercedes-Benz car; Russian media reports say he destroyed his luxury German car because it kept breaking down.

The video was posted on Facebook here on November 2, 2020, where it has been viewed more than 250 times.

The caption says: “Paying his deep love to Islam and the Prophet, this young man burned his beloved car because the car was made by France, which has insulted the Prophet.” 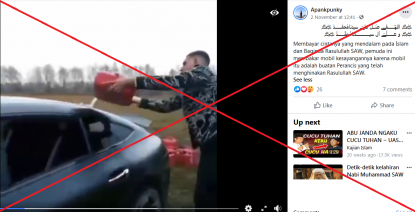 Muslims around the world have…