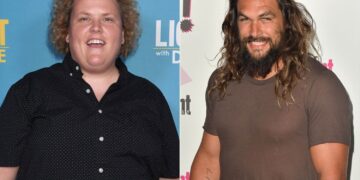 Fortune Feimster Drove by a Shirtless Jason Momoa When His Car Broke Down in the Desert: ‘A Momoa Mirage’

Fortune Feimster Drove by a Shirtless Jason Momoa When His Car Broke Down in the Desert: ‘A Momoa Mirage’ 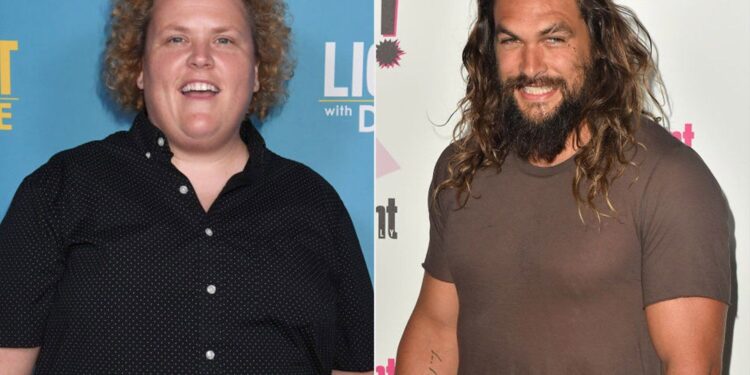 Fortune Feimster once spotted Jason Momoa while driving across the desert, but still left him on the side of the road.

The Mindy Project alum 40, opened up about randomly encountering Momoa, 41, in September while on a road trip to Arizona during Friday’s episode of The Kelly Clarkson Show, sharing that she drove by the Aquaman star when his vehicle had broken down in the “middle of nowhere.”

“There’s a prison and that’s it,” she said of where she spotted Momoa. “And I see this super-buff dude, he’s got a man-bun, he’s shirtless, and he has these crazy black-and-white striped pants on. I’m like, ‘Did some hot guy escape from prison? What’s happening?’ “

Explaining that she couldn’t see Momoa’s face at the time, Feimster then turned to her partner Jacquelyn Smith and said, “‘Man-bun, shirtless, ripped, crazy pants. I think that was Jason Momoa.’ “