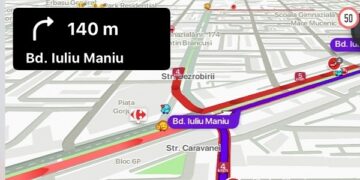 It’s pretty clear already that the global health crisis is far from over, and this second wave that the planet is now struggling to deal with has obviously led to more restrictions in several countries out there.

Including in France, that is, where the local authorities are once again hoping that social distancing would help cope with the whole thing.

But traffic data shared by Waze and Apple Maps for the local market shows that despite the restrictions, people just continue traveling by all means of transportation, with only small decreases recorded as compared to the first lockdown that happened in the spring.

More specifically, Waze says that in Paris it recorded only a 30 percent drop in travel distance from the normal traffic values, while in the spring, the numbers collapsed by as much as 90 percent.

The same for Apple Maps, which says that car traffic decreased by 38 percent,…