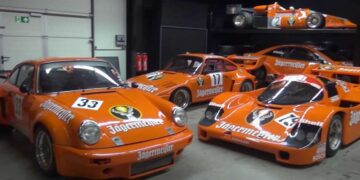 Take a trip down memory lane with this Jägermeister racing collection

Take a trip down memory lane with this Jägermeister racing collection 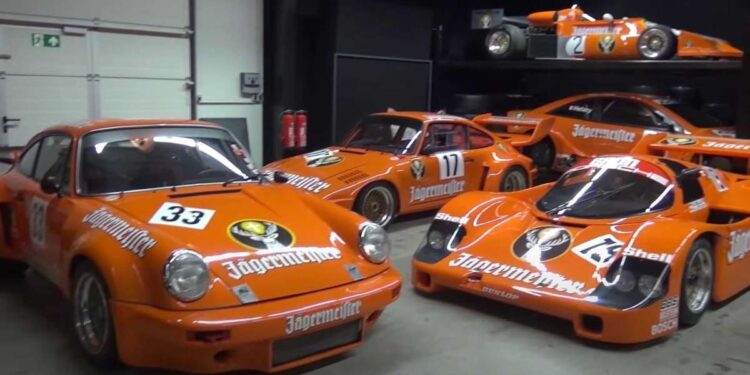 Orange you glad this garage exists?

If you’ve been a motorsports fan for over 20 years, you’d be familiar with Jägermeister racing teams. From Formula 1 to the German Touring Car Championship, the alcoholic drink company was a prominent figure in motorsports – and you won’t likely miss them with their bright orange livery.


But then, the company concluded its motorsports sponsorship in 2000 with the notion that alcohol and sports don’t mix. For those who are fans of Jagermeister and its near three-decade run in racing, here’s a treat for you.

In total, over a hundred cars wore the bright orange livery to represent the company, including the Porsche 962C Chassis 117, which was part of the most epic gallery of Porsche photos ever created. A number of these orange cars are part of a collection by none other…