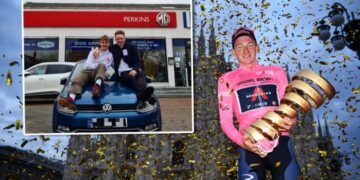 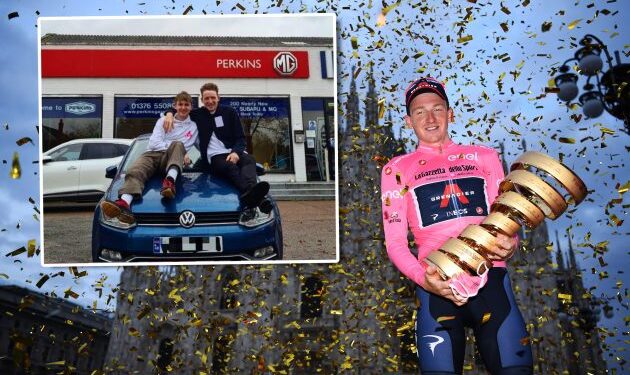 Winning a Grand Tour ticks off a bucket list item for any professional cyclist and alongside being a career-defining achievement, there are other perks that can come with it.

A place in the history books, probably an improved contract, the prize money from taking home the leader’s jersey and, in Geoghegan Hart’s case, a custom Pinarello F12.

One unexpected drawback, however, is having to buy your brother a car. This isn’t a time-honoured Giro d’Italia winner’s tradition, but the result of a bet Geoghegan Hart made with his brother in the third week of the Italian Grand Tour.

Speaking on camera before he was presented with his special pink Pinarello bike, Geoghegan Hart reveals he made a bet with his brother after the Ineos rider had taken the stage 15 victory…