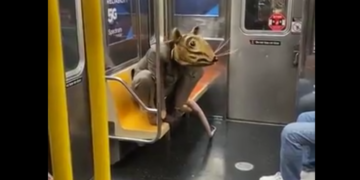 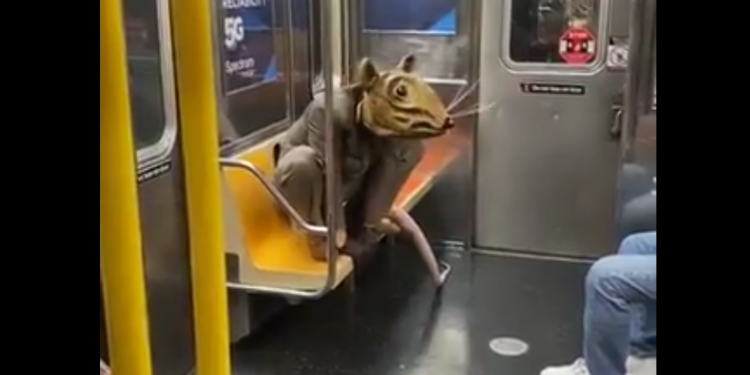 NEW YORK (1010 WINS) — The MTA reacted to video of a man scurrying through a subway car in a giant rat costume.

Video shows “Buddy the Rat” entering a 1 train at 42nd Street and then crawling along the floor and hopping up on a seat.

The video had nearly 100,000 likes on Twitter after it was shared by Alison Williams with the caption, “Oh NYC is dead? Explain this.”

The MTA retweeted the video, commenting: “Thank you for wearing a mask.”

Thank you for wearing a mask. https://t.co/Xd8gu6ExJX

The man behind the costume is said to be performance artist Jonothan Lyons, who has about 30 videos on TikTok.

Lyons told the New York Post that he created “Buddy…