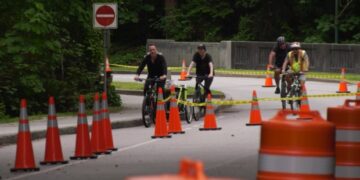 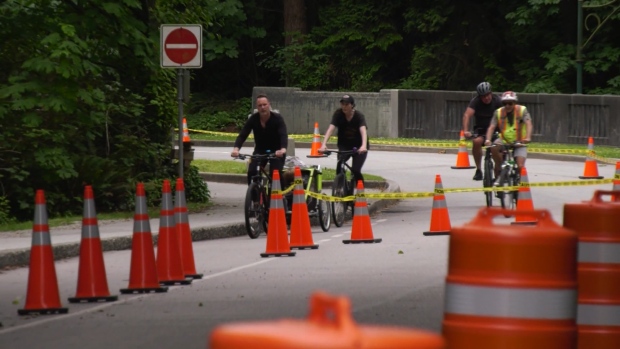 VANCOUVER —
Two months after Stanley Park reopened its roads fully to vehicle traffic, results from a park board survey are showing many Vancouverites enjoyed the traffic changes implemented earlier in the pandemic.

In April, Stanley Park was temporarily closed to vehicles to encourage physical distancing and reduce crowds. The seawall became for pedestrians only while the roadways were used for cyclists. But then in late June, one traffic lane reopened to traffic and the other was used for cyclists.

By Sept. 26, traffic had returned to normal – a change that was met with mixed reactions. Businesses in the park were pleased drivers could make full use of parking spaces, but a park board poll shows 70 per cent of respondents want to see some road space dedicated to cyclists.

Meanwhile, 62 per cent said they’d like to see some days be completely car-free in…