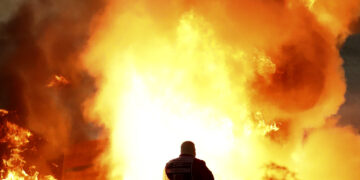 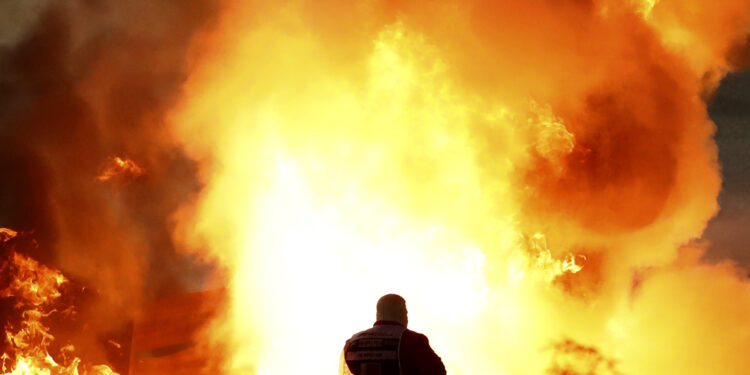 Romain Grosjean’s car violently hit a barrier, split in half and erupted in flames during the first lap of Formula One’s Bahrain Grand Prix on Sunday.

The race was halted and Grosjean, who miraculously made it out of his car without life-threatening injuries, is currently being treated in a Manama hospital.

It’s the most serious accident in the sport in years.

The French Haas driver clipped Daniil Kvyat’s car early on in the race, and just after the third corner, veered off the track. Kvyat told Sky Sports that he was initially “angry” at Grosjean for turning into him, but his “mind changed immediately” when he saw Grosjean’s car smash through the barriers, break in half and explode. About 18-20 seconds later, Grosjean emerged from the wreckage.

“Romain is doing okay, I don’t want to make a medical comment but he had light burns on his…