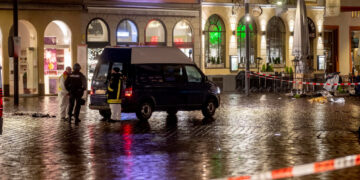 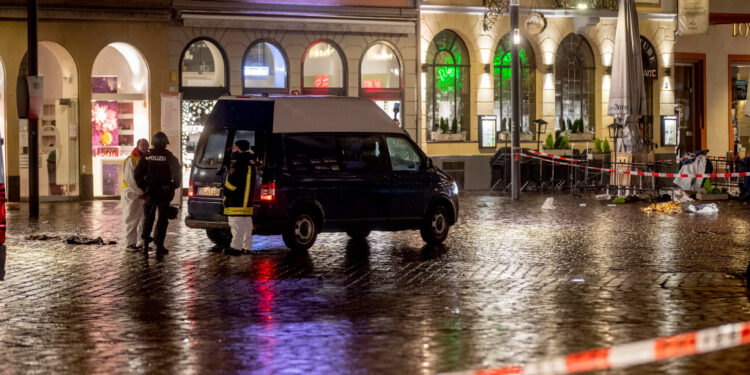 BERLIN — A man zig-zagged an SUV at high speed through a pedestrian zone in the southwestern German city of Trier on Tuesday, killing four people, including a 9-month-old child, and seriously injuring 15, officials said.

The driver, identified as a 51-year-old German man born in Trier, was arrested at the scene and the vehicle was impounded, Trier police said.

The suspect, whose name was not released in line with German privacy laws, had no fixed address and had been living in recent days in the Land Rover that a friend had loaned him, which was used in the attack, said prosecutor Peter Fritzen, who was heading the investigation.

He was being interrogated by police and was to undergo a psychiatric examination, Fritzen said, adding that a doctor had recently reached the preliminary conclusion the man could be suffering from mental illness.