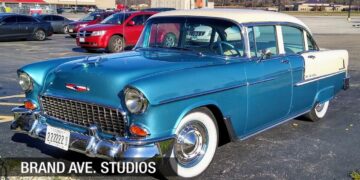 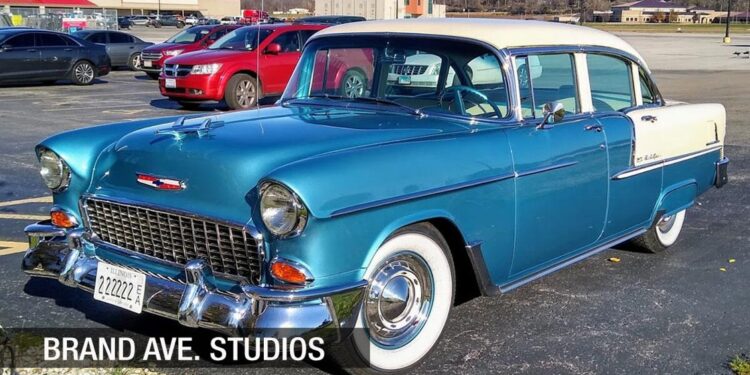 Step inside the car and you will see what a nice job was done on the A/C installation – a big factor because Cliff’s wife Linda told him  that for any car he buys, air-conditioning is a must! Gotta keep the better half happy, right guys?

You might give that original 1955 steering wheel a second glance because something about it just doesn’t look quite right. That’s because a later model steering column, with the tilt feature, was installed.

I could go on and on listing the special features of this ‘55 Chevy Bel Air, but you get the idea. This is a circa 1955 Chevy sedan with totally modern upgrades, making it an easy drive for the baby boomer owner in any weather and under any road conditions.

FIN MAN FACTOID: The 1940 Packard was the first car to offer factory-installed air-conditioning. By 1969, more than half of all new cars sold were equipped with A/C. Today, more than 99…