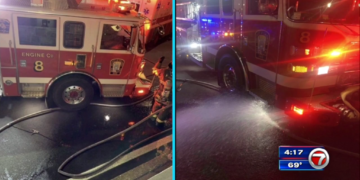 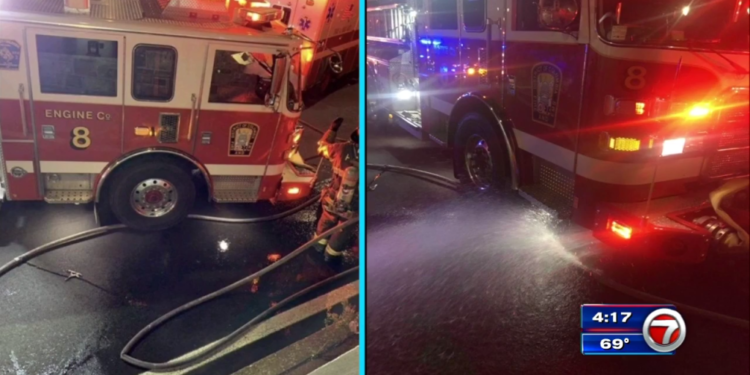 WASHINGTON (WSVN) — A heated exchange between first responders from two different jurisdictions was caught on camera.

Two fire departments are now reviewing the actions of their own firefighters.

Flames and tempers flared Saturday night, as firefighters from Washington, D.C. and Maryland worked to put out a car engulfed in flames on a stretch of highway just outside of the nation’s capital.

Officials from both jurisdictions said the actions of their firefighters are under investigation.

Helmet video from a Prince George’s County firefighter shows the Maryland crew already on the scene working on the blazing car.

That’s when a D.C. engine allegedly pulled up to the scene and parked on the Maryland crew’s hose line.

The fire crew from Maryland believes the D.C. firefighters were…