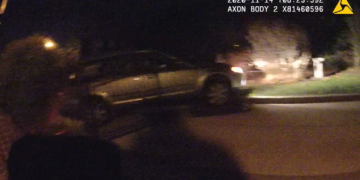 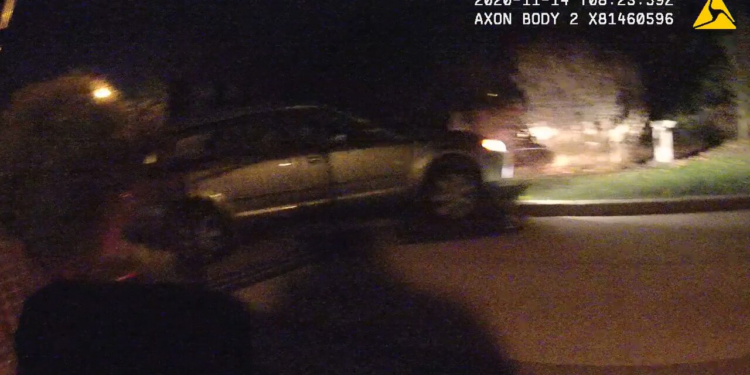 ANN ARBOR, MI – Police have released body camera video showing officers dodging a man in a car trying to run them over while they were checking on his wellbeing a month ago.

Benjamin Kirk Laman, 31, was arraigned on five felony charges Nov. 16, after being accused of trying to run over several police officers called to check on him while he was having an alleged “psychotic episode” outside his W. Stadium Boulevard home Nov. 14, according to the Ann Arbor Police Department.

Laman is charged with two counts each of assault with intent to do great bodily harm and assault with a dangerous weapon and one count of resisting or obstructing a police officer, court records show.

Investigators claim Laman purposefully tried to crash into the officers and was not simply trying to get away from them.