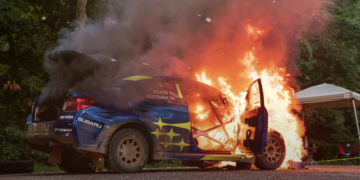 Losing a Record-Breaking Rally Car to a Mid-Race Fire

Losing a Record-Breaking Rally Car to a Mid-Race Fire 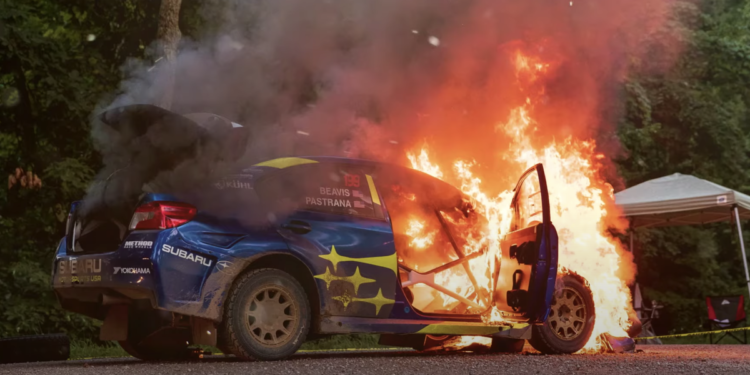 In stage rally, even the most experienced teams have bad days. At the American Rally Association’s Southern Ohio Forest Rally in July, Subaru Motorsports USA had just about the worst day imaginable.

The team’s top driver, Travis Pastrana, was going hot down the second stage of the team’s first 2020 rally in Chillicothe, Ohio when he and his co-driver Chrissie Beavis noticed flames coming out from under the hood of their Subaru WRX STI rally car. That was a bad sign.

Before Pastrana could even bring the car to a stop, Beavis, an experienced co-driver, had her harnesses off and a leg out the door. The two competitors were able to get out of the car safely, and the stage came to a complete halt.

The whole episode was retold through one of Subaru’s “Launch Control” videos, a series that follows the automaker’s…