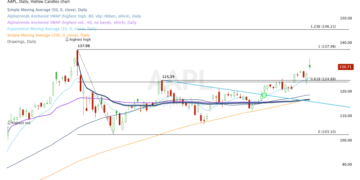 Who Cares if Apple Builds a Car? The Stock Is Breaking Out

Who Cares if Apple Builds a Car? The Stock Is Breaking Out 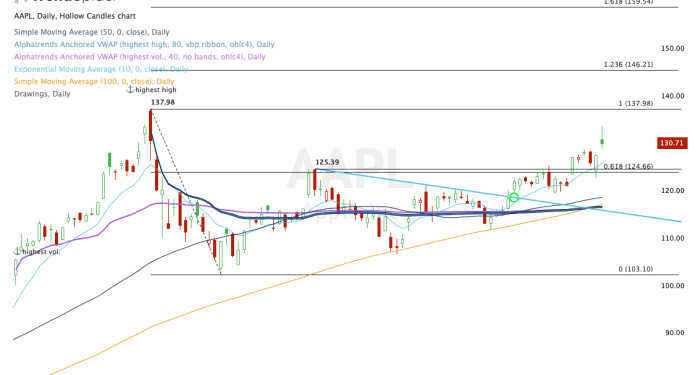 Apple  (AAPL) – Get Report burst to its highest level since early September on Tuesday following excitement over the company’s automotive aspirations.

Shares were up about 2.75% on the day, but had risen as much as 4.8% on Tuesday. That followed Monday’s 1.2% gain after a late-session reversal.

Chatter picked up pace near Monday’s close regarding the company’s automotive efforts.

To no surprise, the news isn’t doing Tesla  (TSLA) – Get Report any favors, with shares down more than 11% this week. That’s even as the stock started trading in the S&P 500 on Monday.

It’s hard for me to get too excited about something like this with so many details being left out. That said, I am excited about the way Apple shares…