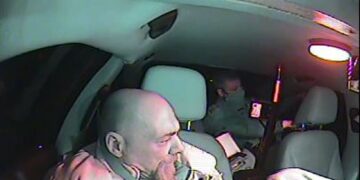 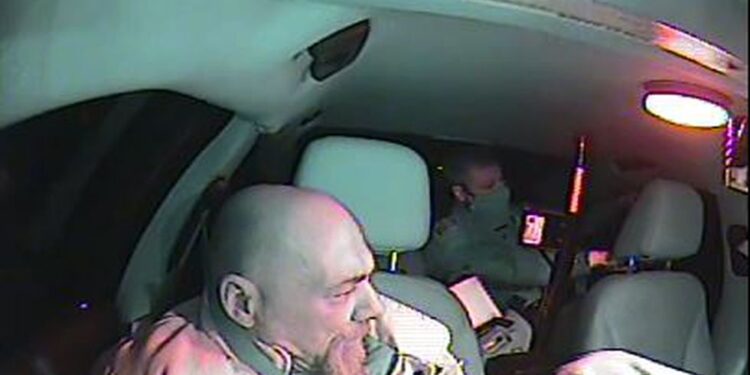 A man arrested for drunk driving damages the patrol car’s windshield and kicks at the steering wheel, all while being driven to jail.

The incident was caught on in-car cameras after the suspect was arrested for his 13th drunk driving charge.

The video shows how a fairly normal transport turned into a volatile situation.

It was the night of December 3rd when two Michigan State Police troopers inspected an SUV that was partially in a ditch southwest of Sebewaing in Tuscola County. They were able to determine the vehicle belonged to someone who lived about a minute’s drive from the SUV.

“Michigan State Police, we need you to come to the door,” a trooper is heard saying at the door of the home.