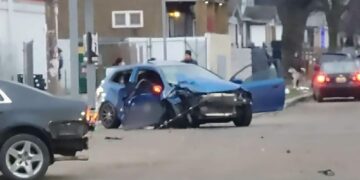 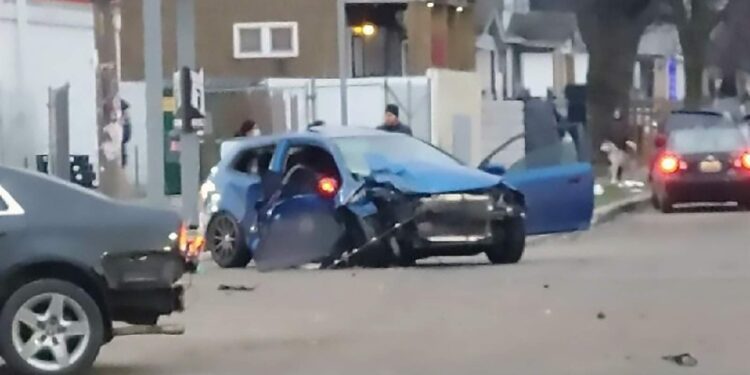 DETROIT – A father in Detroit was seriously injured and requires several surgeries after a speeding car struck his vehicle.

The family said the collision happened at the intersection of McGraw Avenue and Tarnow Street. They said he was sitting in his car and was about to get something to eat when the people speed racing lost control.

“He was going to Detroit to actually take a part to his friend’s house, so he can fix his car. He stopped for some food,” said Ariel Resto Jr.

Resto said the crash happened at about 4:15 p.m. Wednesday.

“As he was parked, I guess two people that were racing — they said it was a truck and a Fusion — were speeding down the street and they tried cutting each other off and they collided into my dad,” Resto said. “They crashed into the passenger side which made him fly from the driver to the passenger side and they pushed his car about 10-15…