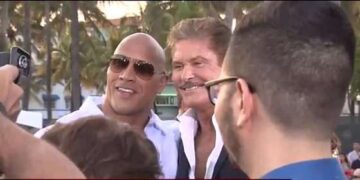 (CNN) — David Hasselhoff is auctioning off his personal K.I.T.T. car, a Pontiac Firebird Trans Am styled after the iconic car used in his 1980s television series “Knight Rider.”

The vehicle is similar to the K.I.T.T. car used by his character Michael Knight, but it was not used in television production, according to the auction site. Unfortunately, this version of the car does not talk.

“The sleek, black K.I.T.T. car is fully functional with the brilliantly colorful illuminated dash and console that would be immediately identifiable to Knight Rider fans,” according to Diligent Auctions, which is handling the sale.

Can Hyundai catch Mazda? Why the new Tucson, i30 N and Ioniq ranges are key to the brand’s future – Car News