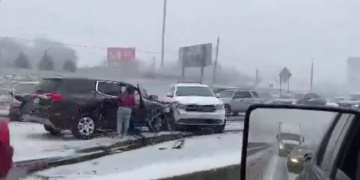 Video shows details of multiple-car pile-up, spinouts on westbound I-94 near Conner

Video shows details of multiple-car pile-up, spinouts on westbound I-94 near Conner 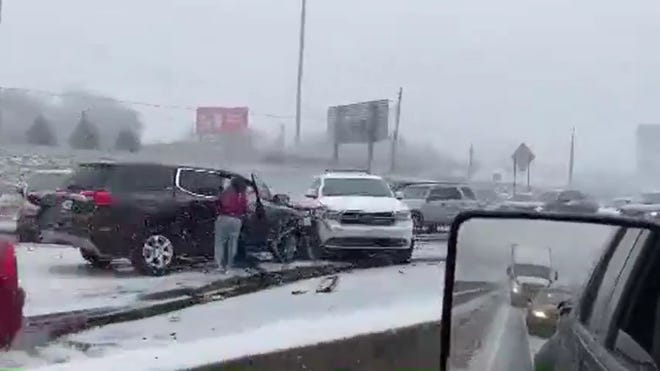 When there’s snowfall and cold temperatures, icy roads are to be expected.

Multiple cars were impacted Sunday in a pile-up on westbound Interstate 94 in Detroit near Conner — nearly a dozen, according to WXYZ. A video posted online shows at least eight cars idle after an apparent crash involving a few cars.

“Guys, you have to freaking slow down,” Artimus Brintley, of Roseville, said as he recorded a video while driving past the wreckage at around 12:30 p.m. “Please slow down, Jesus there’s snow, slow down.”

More:Father and daughter dead after fiery crash in Shelby Township

As of 4 p.m. Sunday, the Michigan Department of Transportation has tweeted alerts for 13 crashes in the metro Detroit region, which…

2 injured after police car drives through crowd at race