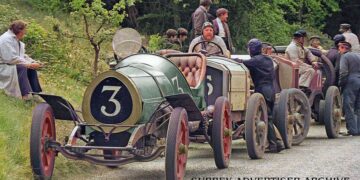 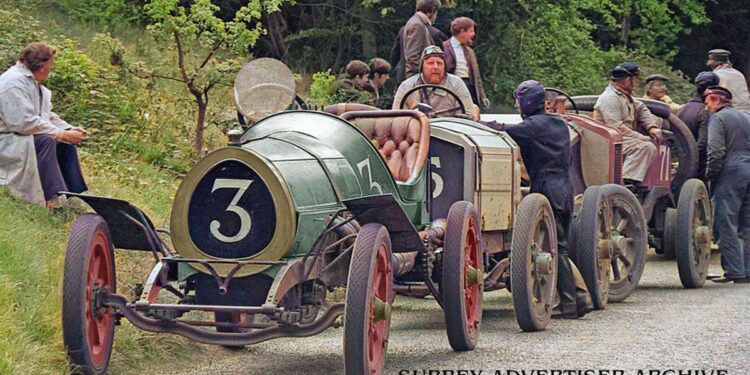 It’s a scene that generations of film fans will recall – and one which is replayed in repeat screenings every Christmas.

In fact, filming took place on Box Hill, near Dorking in Surrey, with incredible archive photographs from the Surrey Advertiser documenting the day back to May 17, 1968.

According to SurreyLive photographer Grahame Larter, the scene had many local connections, including the cars featuring being manufactured by Byfleet based Alan Mann Racing, organised by Alan Mann, who entered cars in many classic events, such as the Monte Carlo Rally and the 24hr Le Mans. The cars…