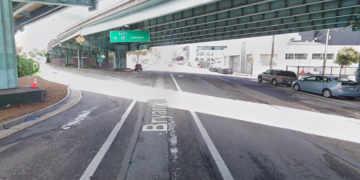 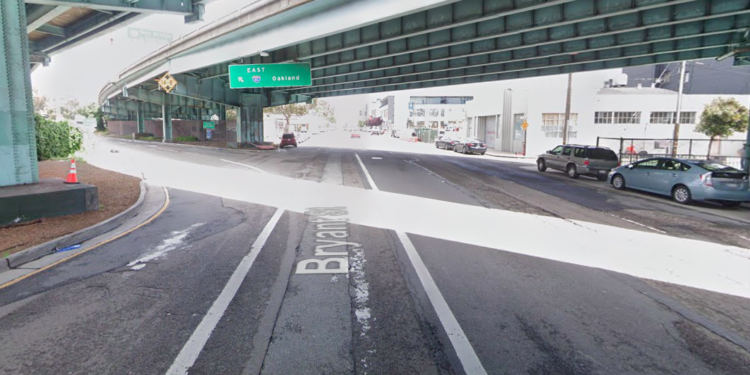 Dashcam video of what appears to be a shocking smash-and-grab break-in of a car crawling toward I-80 in San Francisco has gone viral.

On Friday, Ben Barghabany told KTVU he and his wife were driving from a real estate photography project on Dolores Street to Treasure Island for another shoot. The route took them on Bryant Street near the Hall of Justice, where their Prius slowed near the on-ramp toward the East Bay. Tesla dashcam footage from a car behind them shows a black Honda pull up near the Prius. A figure jumps out, smashes the back of the Prius and quickly gets back into the Honda with their haul.

Highway robbery in SF- caught on my TeslaCam. pic.twitter.com/oZ8RFgboCm

“I was doing the drone and video outside of the house so I think my guess is that the guy started following us from there,” Barghabany told KTVU.