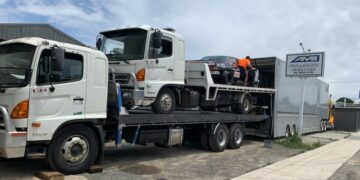 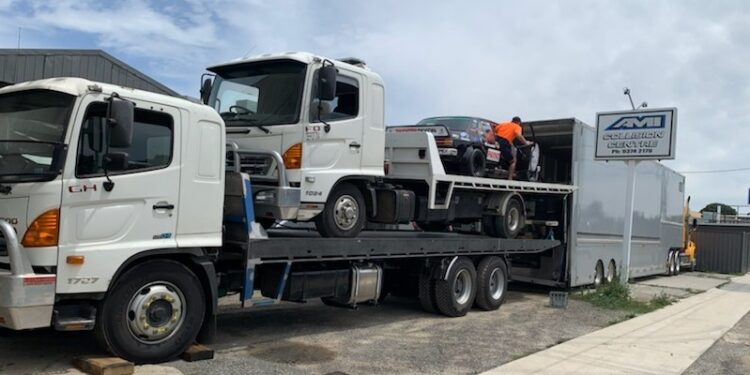 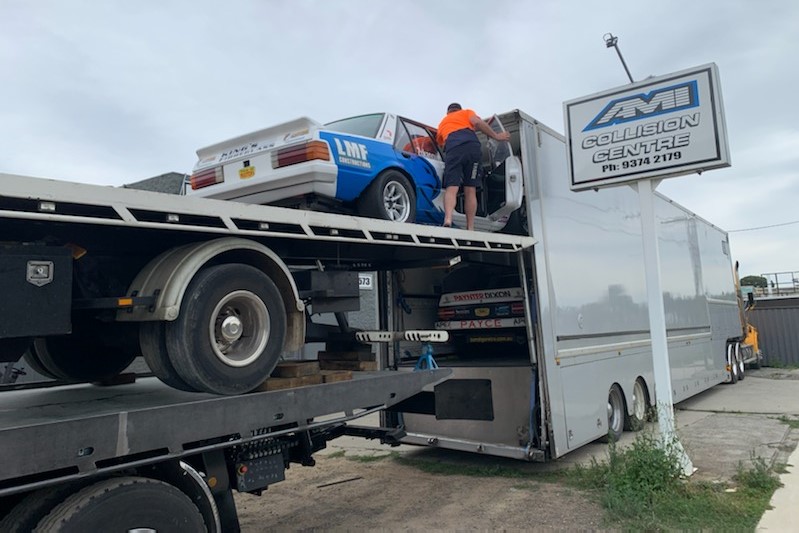 Zukanovic’s XD Falcon, the Torana raced by John Bowe, and the Modena-entered S5000 were trapped in the 48ft trailer which had to have the tailgate removed back at Action Towing’s yard.

It was there where two tow trucks were stacked on each other in order to reach the top deck of the transporter, which is owned by Action Racing sponsor LMF Constructions.

“I got a phone call from my dad [team owner Mick Zukanovic], who said, ‘We’re going to pick the truck up but apparently they’ve damaged the tailgate lift on our transporter,’ and I didn’t really know the extent,” Marcus Zukanovic told Speedcafe.com.

“Whether they’ve rolled it on and rolled it…