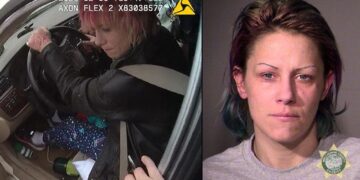 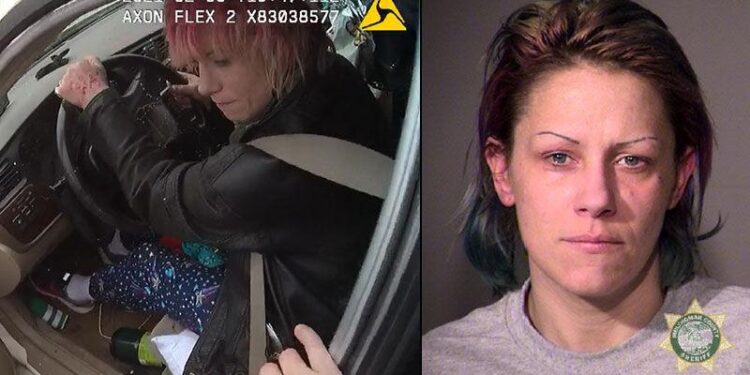 HILLSBORO, OR (KPTV) – A woman in a stolen car hit a Hillsboro police officer, and the incident was captured on police bodycam video.

Police were called out to check on a woman in a car parked near a store on the 11170 block of Northeast Evergreen Parkway at 11:30 a.m. Saturday.

Officers confirmed the vehicle was stolen out of Portland in January. When they tired to take the woman out of the car to arrest her, deputies said the woman backed up with the driver’s side door open and hit an officer.

The officer was slammed into a parked car and thrown into the air. He was taken to the hospital for treatment, and is expected to make a full recovery, according to the Washington County Sheriff’s Office.

The woman drove away from the scene after hitting the officer, according to investigators. The stolen car was found abandoned in Beaverton later that day, but…