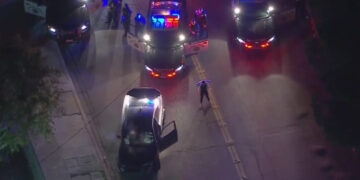 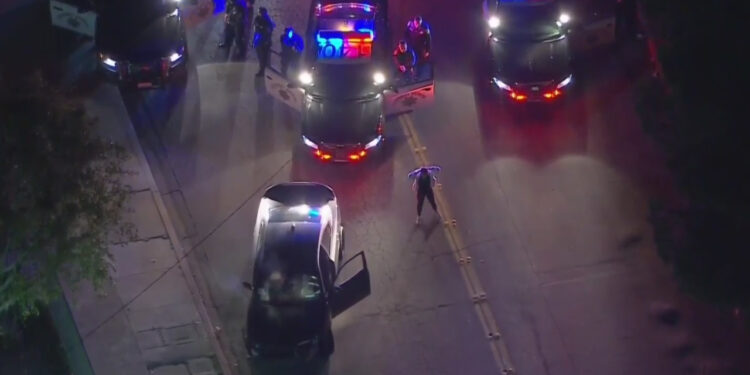 A police chase of a street racing suspect ended with a driver and passenger being detained in Pomona Wednesday night.

Authorities began chasing the driver on suspicion of street racing at about 9:50 p.m., according to California Highway Patrol Officer Patrick Kimball.

Sky5 arrived above the chase shortly before 10:30 p.m. as the car was driving on surface streets in the City of Industry.

The pursuit vehicle appeared to run a red light before it collided with another car on Azusa Avenue outside the Puente Hills Mall.

The pursuit vehicle’s front end was damaged and it began smoking. The driver wound around the mall’s parking lot before fleeing the scene and heading east on the 60 Freeway.

Authorities chased the vehicle as it continued east through Diamond Bar and into Pomona.