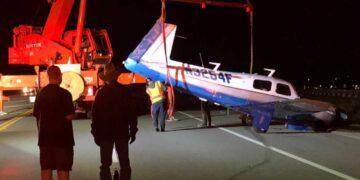 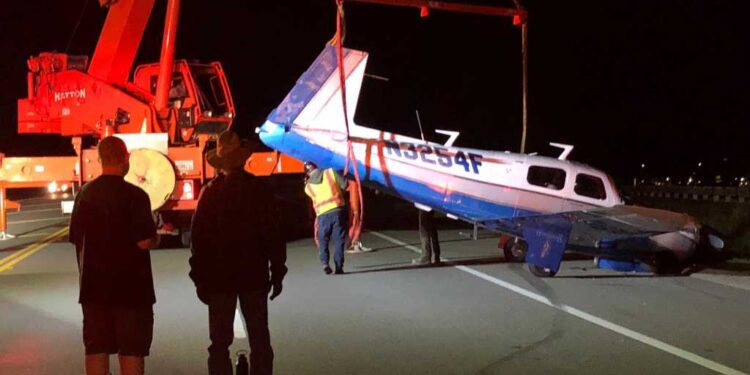 LIVERMORE — A small plane aiming to land at the city’s municipal airport came up short and crashed into a car on a nearby highway overpass Tuesday evening, authorities said.

A Federal Aviation Administration spokesman said the plane had just departed the airport shortly after 5 p.m. with two people aboard.

Around 5:10 p.m., the plane began approaching the airport but began experiencing engine trouble. It eventually landed on the Isabel Avenue overpass of Interstate 580, Livermore police said in a social-media post.

A plane tail number confirmed by the spokesman appeared to match a Mooney M20 plane registered to a private owner. According to air traffic logs, the plane had completed multiple flights between Bay Area cities within the last three weeks, including one from Novato to Vacaville as recently as Monday.

There were no reports of injuries, police said. Officers worked to…